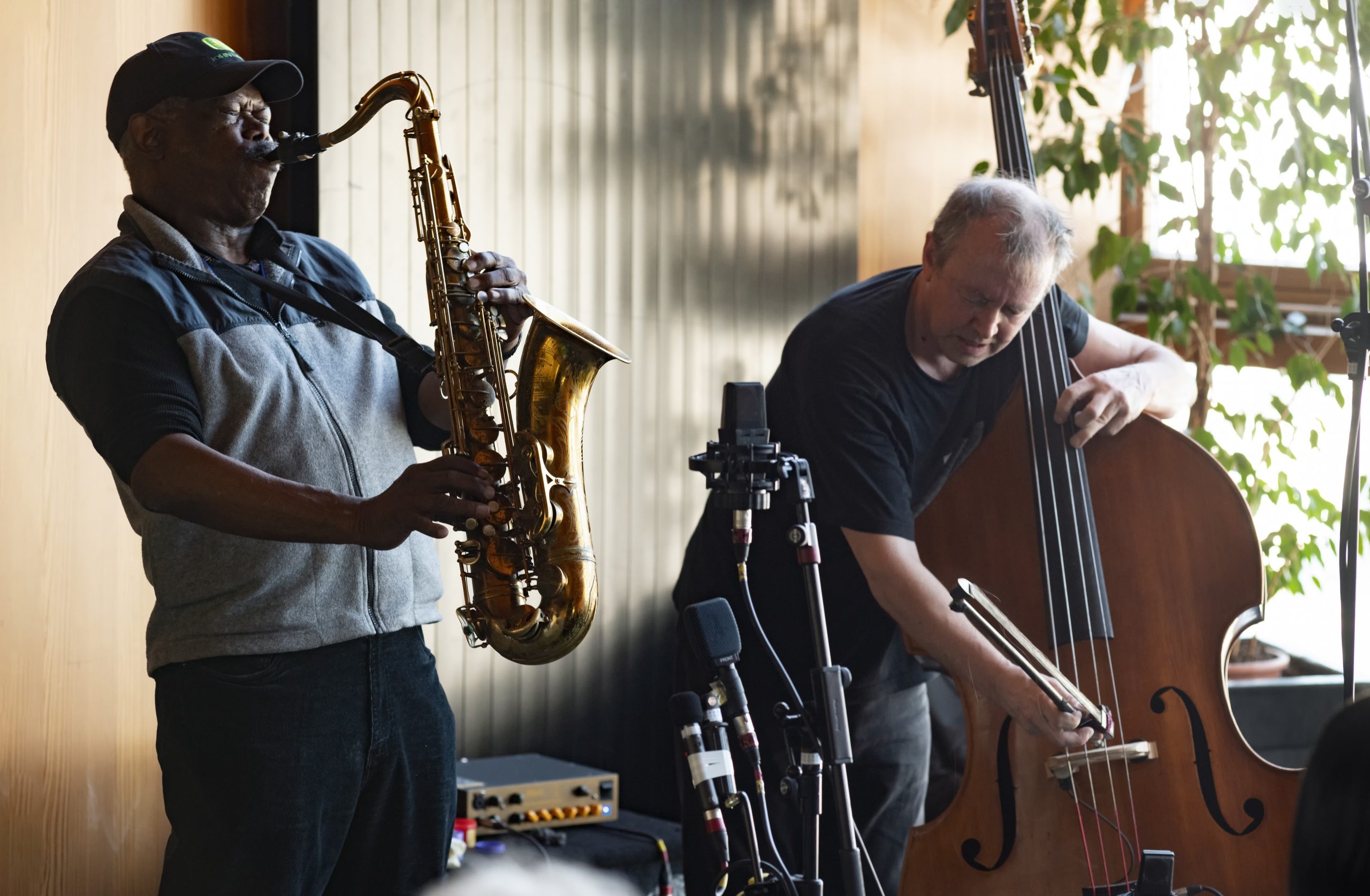 An evening with raw, free improvisations and deep grooves featuring several generations of the most brilliant improvisers in the international scene.

JOE MCPHEE / JOHN EDWARDS
Legendary African-American trumpeter and saxophonist Joe McPhee recently celebrated his 80th birthday and continues to show two generations of youngsters where the hammer is – at least in terms of the spirituality and emotionality of musical expression. Since the late 1960s, he has played a decisive and lasting role in shaping the creative and free jazz scene. His emotionally deeply moving playing, his complex compositions and musical concepts assure him a place in the sun in the history of jazz music.

John Edwards is undoubtedly one of the most sought-after free-playing bassists today. The Brit seems to have been redefining the word Brexit for years and his countless trips to festivals and clubs across Europe and around the world honor him as one of the greats of the genre. Big names like Phil Minton, Roger Turner, Sunny Murray or Louis Moholo Moholo are among his playing partners.

It is the 2nd time that these monumental musicians are playing together as a duo; the first time was at Festival Artacts in Austria in 2019 and resulted in a fantastic LP.

The band initially began as Juniper Fields with Frank Rosaly in the drum throne. However, due to scheduling issues, Sun-Mi is has filled that role. “Sunday at de Ruimte” was released in 2021 on Doek RAW showcasing the original quartet in a fully improvised setting.

OAonTI is short for Old Adam on Turtle Island, a compositional series composed for the quartet by John Dikeman. A recording of this program is due to be released in the fall of 2022.

Even though John composed this series for the ensemble, OAonTI remains a collective unit and also works extensively with free improvisation.