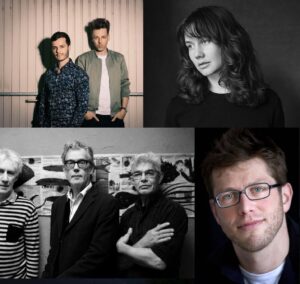 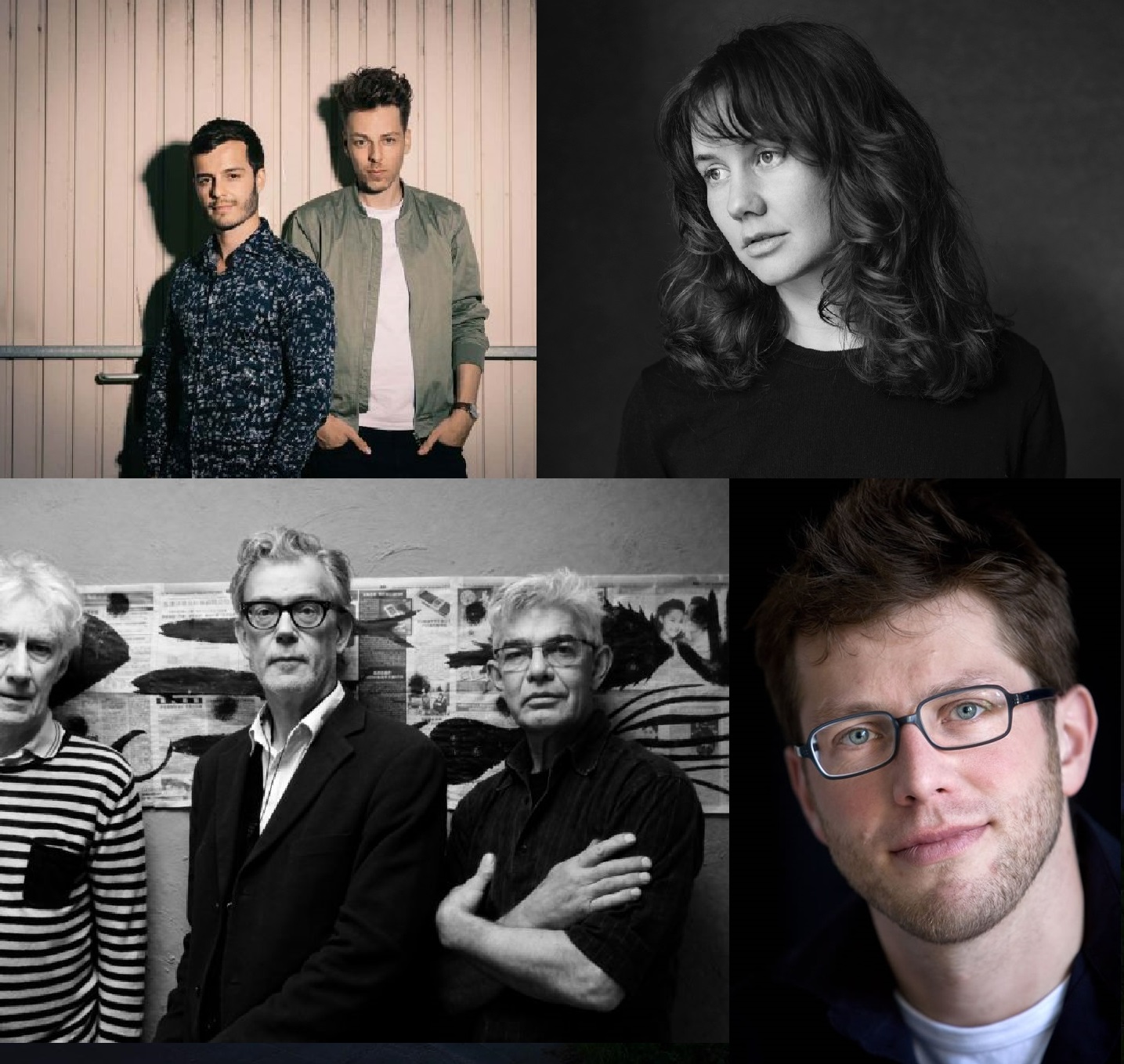 If you want to attend, please send a reservation e-mail to reserveren@cafederuimte.nl. Some of the concerts will be inside, and have limited capacity.

De Ruimte continues its biweekly Sunday afternoon summer series in Sexyland World. All the ingredients for a festive afternoon are there: a brand new place and a brilliant line-up of fresh, adventurous acts. We expect a radiant afternoon with poetry and joyful lyric & obstinate sounds!

REINIER BAAS & BEN VAN GELDER
Guitarist Reinier Baas and saxophonist Ben van Gelder have shared the stage over 200 times in the past eight years, but continue to challenge each other as performers and composers. Together, they have developed a unique vocabulary that is rooted in the American jazz tradition, but is unmistakably European at the same time. Baas’ approach to the guitar shows humor and a lust for life, with unexpected rhythmical and dynamic turns. He is praised by critics and peers alike for his diversity in texture and idiosyncratic harmonic inventions. Van Gelder is regarded internationally as an authority on the alto saxophone. He displays a remarkable amount of tranquility and overview, and alternates lyricism with explosive virtuosity.Ben van Gelder alto saxophone | Reinier Baas guitar
HELENA HOOGENKAMP
Helena Hoogenkamp is a Dutch novelist, poet and playwright. She wrote ten plays and performed her poetry on countless Dutch stages such as Lowlands, de Parade, De Zwarte Cross and Oerol.
In 2012, she won the El Hizjra Literature Prize. In 2015, the novella ‘Kleine zeemeermin, per ongeluk dood’ was published by Wintertuin Publishers. In February 2021 her debut novel ‘Het aanbidden van Louis Claus’ was published by De Bezige Bij. The book was highly praised by the Dutch press.
MISCHA ANDRIESSEN
Mischa Andriessen (1970) is a poet, writer and critic. He made his debut at Uitgeverij De Bezige Bij in 2008 with the collection of poems Uitzien met D, for which he was awarded the C. Buddigh Prize in 2009. His most recent collection of poems Dwalmgasten was published in 2016.
Andriessen writes about jazz for Trouw and about visual art for Het Financieele Dagblad. He is also an editor for the literary magazine Terras. He has published articles on literature in De Revisor and in the magazine of Poetry International.
AB BAARS TRIO

In 1990 Ab Baars formed the Ab Baars Trio, along with fellow Dutch musicians Martin van Duynhoven and Wilbert de Joode. All three have long and varied musical histories that encompass both the world of jazz and many points on the musical spectrum beyond. Baars’ compositions, which have been characterized as joyfully obstinate, remain astonishingly accessible even though they rarely rely on recognizable song forms.

“The Ab Baars Trio embodies the heights improvisational music can scale. The trio glides effortlessly between delicately detailed and gently intricate work and the geometrically grandiose, but never falls prey to sneering gaudiness. The trio’s creations, when at their peak, are transcendent works created by true soulmates of sound.”