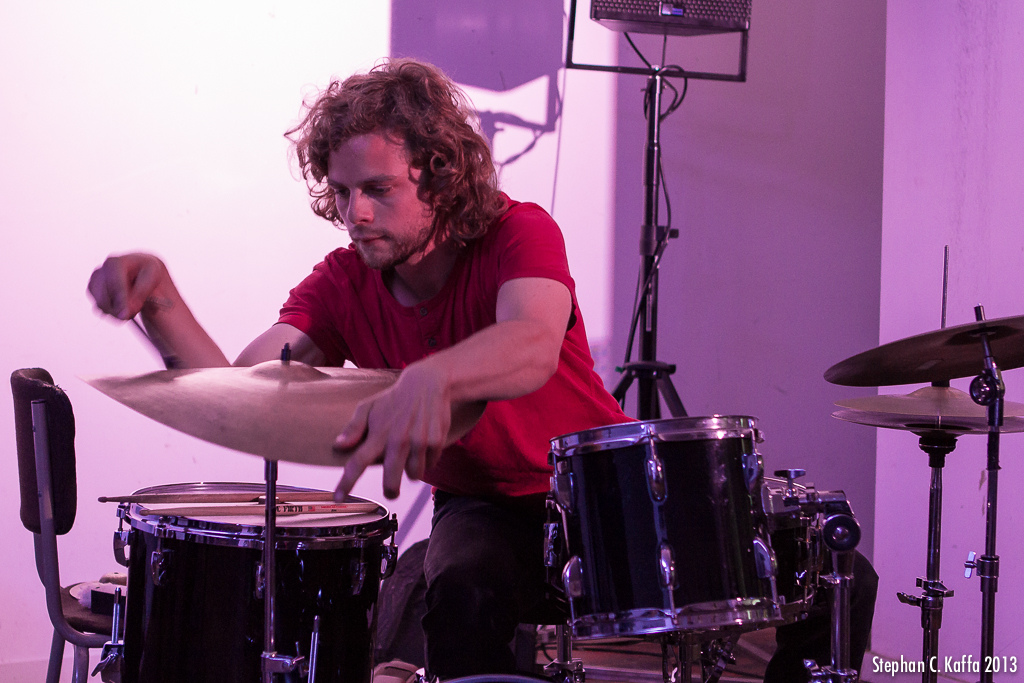 A trio composed of some of the finest Dutch talents, whom have all made their mark in the local and international jazz scene. Pianist Loran Witteveen (1988) won the Keep an Eye International Jazz Competition in 2013 which gave him the opportunity to play with some contemporary greats such as Brad Mehldau, Jason Moran and John Taylor. Drummer Onno Govaert has become an important figure in jazz in seemingly no time. Already in 2013, Govaert (1987) received a carte blanche performance in the Bimhuis. As a regular guest of De Ruimte, he’s got one of the most prolific sound in the scene. Clemens van der Feen (1980) has also made his mark in the Dutch jazz scene in no time. Van der Feen co-leads a band called Narcissus, with reedman Robin Verheyen, drummer Flin van Hemmen and pianist Jozef Dumoulin. In 2010 he started the Clemens van der Feen Band, resulting in an album called “High Places” (2011), with as special guest the great Toots Thielemans. The year 2013 saw the birth of yet a new band, the Clemens van der Feen 4tet, and a new album: “14PM” which was called “one of the highlights of Dutch contemporary jazz…” by Jazzism Magazine.

Gordon Beeerman, composer and pianist, has created a diverse body of adventurous work spanning opera, orchestral, chamber, and vocal music, improvisation, and collaborations with dance and other arts. Tonight, he’s promised to stick with music. The New York Times has called his work “Complex and daringly modern… Mr. Beeferman’s music, with its skittish melodic lines and pungent atonal harmony, is gritty, fidgety and intriguing.” Beeferman will be accompanied by double bass player Raoul van der Weide, who’s contributed to jazz both with music as well as art work for many decades. He’s worked witch a wide variety of musicians such as Ab Baars, and in 2006 De Volkskrant awarded his solo album with four stars (****) in their review. Martin van Duynhoven is part of the great generation of jazz drummers such as Han Bennink, John Engels and Pierre Courbois, with whom he also forms a quartet. Tonight will see him perform with in a new setting, one which promises some great tunes