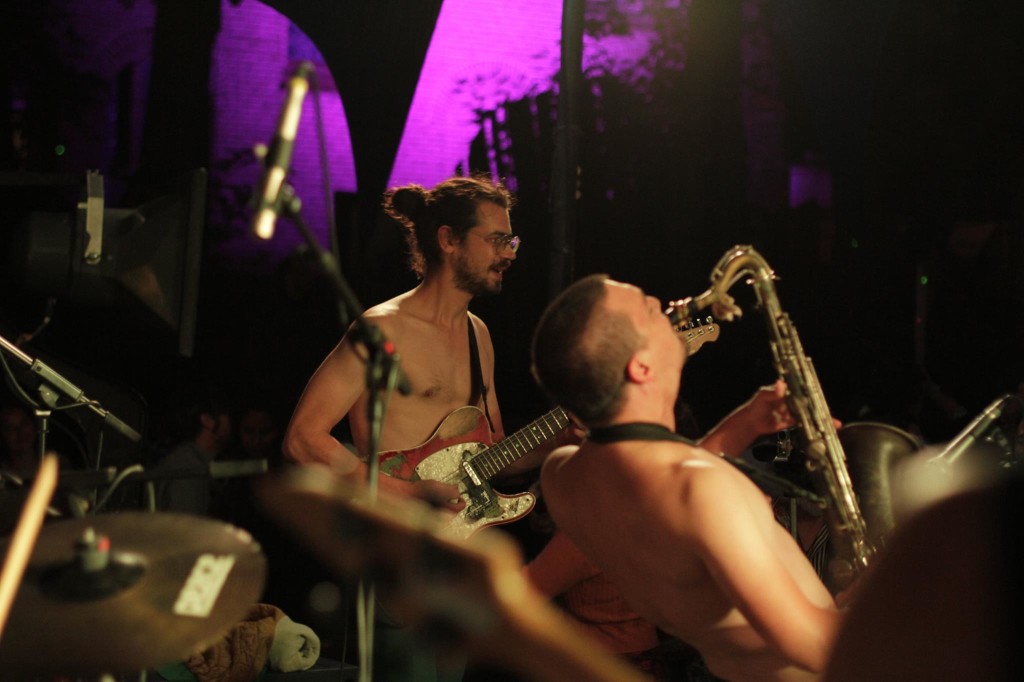 Our favorite bad boys host a monthly evening with bands / musicians / artists that will set you on fire.

MARTHA COLBURN
Born in rural Pennsylvania, Martha Colburn is an artist filmmaker based in Pennsylvania, USA and Amsterdam, the Netherlands. Her films and installations have been shown in places such as the Center for Contemporary Culture in Barcelona, the Philadelphia Museum of Art, and the Museum of Modern Art in New York. She is well acquainted with the music scenes of Amsterdam and has worked together with a number of musicians. For this evening she will screen some of her animations.

DUO HARMANI
Thomas Huisman (bouzouki, voice) was born in Rotterdam and got hooked on rebetiko music during his Erasmus exchange in Thessaloniki, performing both in the Netherlands as well as in Greece. Manolis Fragkiadakis (guitar, voice) hails from the beautiful island of Crete, known for its strong musical tradition. A PhD student in Leiden, he also gives workshops on rebetiko music. Rebetiko is Greek urban music, with its heyday in the 1930’s. Originating from the Greek communities of Asia Minor (Turkey) it mixes Anatolian and Eastern roots with Western influences. It was the music of the poor refugees from Turkey, living in the shanty towns of Athens and Pireaus, and it was a way of reminiscing their abandoned hometowns. It was the music of the underground, telling stories about petty thieves, feuds, drugs, love and poverty. Duo Harmani plays songs spanning all of rebetiko’s history, from underground refugee music in the 1930’s to the more bohemian and socially accepted style of the 1950’s.

BACCHANALIA
Bacchanalia plays hypnotizing afro-caribbean music. Sounds like Cumbia, but with a powerful, raw and steaming energy that’s guaranteed to put a spell on you. Force of nature Jasper Stadhouders will not be there this time, but he will be more than aptly replaced by legendary guitar player Franky Douglas.

FOOD
Burgers burgers burgers….. for this night we will give you the best burgers in town, organic beef or vegetarian.