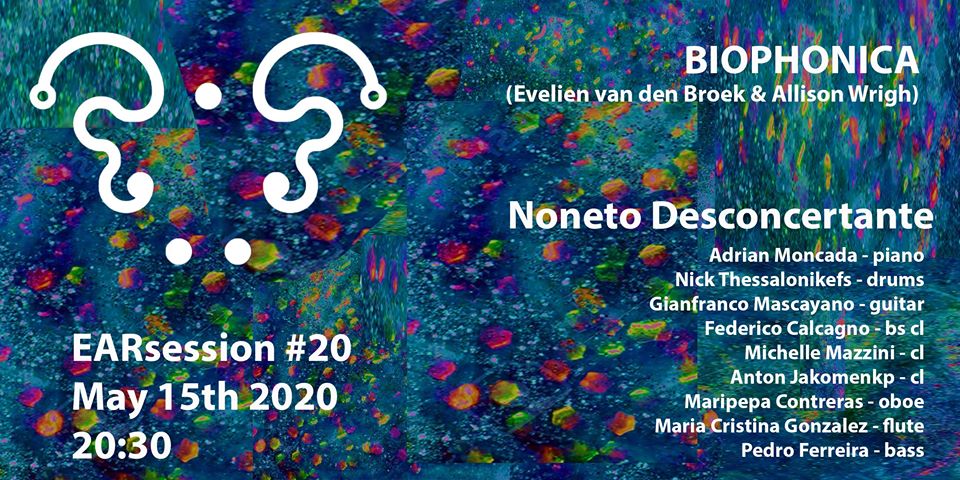 In Biophonica, Evelien gives her sonic response to mass extinction caused by mankind. Animals die en masse and we are so alienated from nature that we hardly seem to notice it. With nature recordings, disturbing trumpet melodies, crushing electronic beats and two chirping, squeaking and growling analog synths, Evelien has made raw, mesmerising and mournful music. Music that navigates between electronic- and pop music, sound art and contemporary classical.

As part of the material for the project, Evelien has collected recordings of animals that are extinct or endangered. What struck her when listening to these recordings, is the expressiveness and strength of these sounds. They are in a way stronger than images or words, make you aware of what we are losing, rapidly. For a moment you are in nature, in touch with nature again. For the audio recordings Evelien has contacted sound libraries, scientists and the American musician and soundscape ecologist Bernie Krause. The term ‘biopony’ is coined by Krause. He has been making sound recordings in nature for fifty years. In his recordings you can hear how, over the course of time, only shockingly little of the original wealth of sounds, and life, has remained. Additionally, sound recordings of Sudan, the last northern white male rhino that died in March 2018, and of the extinct Kauai ‘O’o bird, can be heard. Sound worlds that have disappeared from the face of the earth. With these sounds and her new music Evelien celebrates the wonder, beauty and diversity of nature, and mourns the brutal destruction of it. On stage she is accompanied by trumpet players Mark Nieuwenhuis or Allison Wright.

‘We cannot fathom the marvelous complexity of an organic being. Each living creature must be looked at as a microcosm – a little universe, formed of a host of self-propagating organisms, inconceivably minute and as numerous as the stars in heaven.’ – Charles Darwin