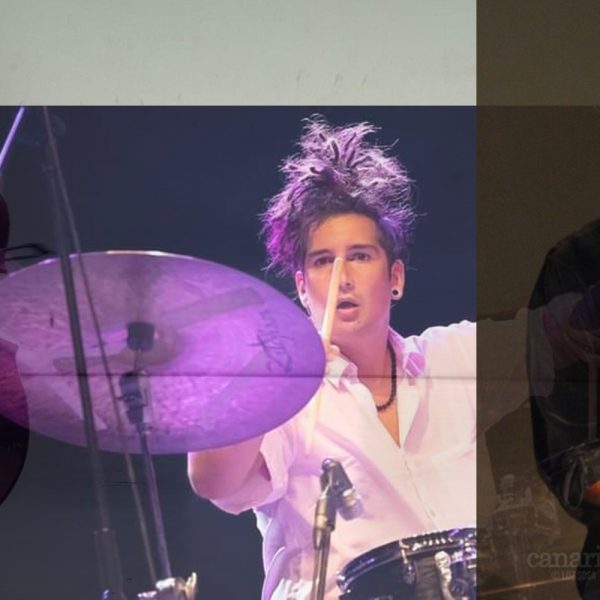 Doors 20:00 music 20:30 sharp, participants free audience 6-18 euro (sliding scale)
Initiated in 2014, Impro Jam is a challenging monthly jam session, an invitation to meet at the stage to bring unique and adventurous performances, a space for exploring, developing and enjoying free improvisation. Bring your instrument or come to draw, write or dance!  Initiated and curated by Ada Rave.

“We will tell a great improvised synergy in which the music transcends and only nothing or everything remains. We will not stop on mental walls, we will try to flow with the sound to new horizons. And all this as an excuse to express and open ourselves.”

Gustavo Obligado
is a musician, improviser, composer and performer from Argentina. Since 2020, he has been living in Berlin. He is part of several projects that include original music: Arura, Falsx Conejx, NoWa, Sanchez, Supernintendo Archundía, Tripas. He has released two albums as a soloist “Phenomenas” (2017) “Phenomenas Vivas” (2018). He toured Europe, Bolivia, Canada, Chile, the United States, Peru and Mexico and is currently working with audio-mail and composing music for the collective performance ‘ULULOFONO’.

Pietro Elia Barcellona
is an Italian contrabassist, composer and improviser currently based in the Netherlands, where he is active in the fields of experimental music involving both improvising and performing written material. In the field of new music, Pietro has premiered works of composers such as Frank Denyer, collaborating with Amsterdam-based Ensemble Scordatura, and Robin Engel as first double bass of the Junger Künstler Bayreuth Orchestra; as well as performing in festivals such as Gaudeamus, Musikfestival Bern and Doek Festival.

As an improviser Pietro has performed with numerous formations. He is a.o. co-leader of Fade in Trio, an ensemble focused on exploring ways of mixing Carnatic rhythms, free improvisation and unconventional techniques.

As a composer Pietro is interested in exploring the boundaries of composition and improvisation as well as the relationship between musical gesture and rhythm. Pietro is founder and co-leader of Ensemble Mellonta, a collective devoted to the performance of contemporary music and new compositions for which he also composes

Nasim Lopez-Palacios Navarro
is a drummer, composer, producer and artist, he was born in San Juan de La Rambla, Tenerife, Islas Canarias. At age of 7 he began his studies in percussion until 11 years old when he decided that the drums would be his main instrument. Nasim’s music draws from very diverse sources. Contemporary music, jazz, Gridcore, electronic music and free improvisation. He has a unique and inspiring language.