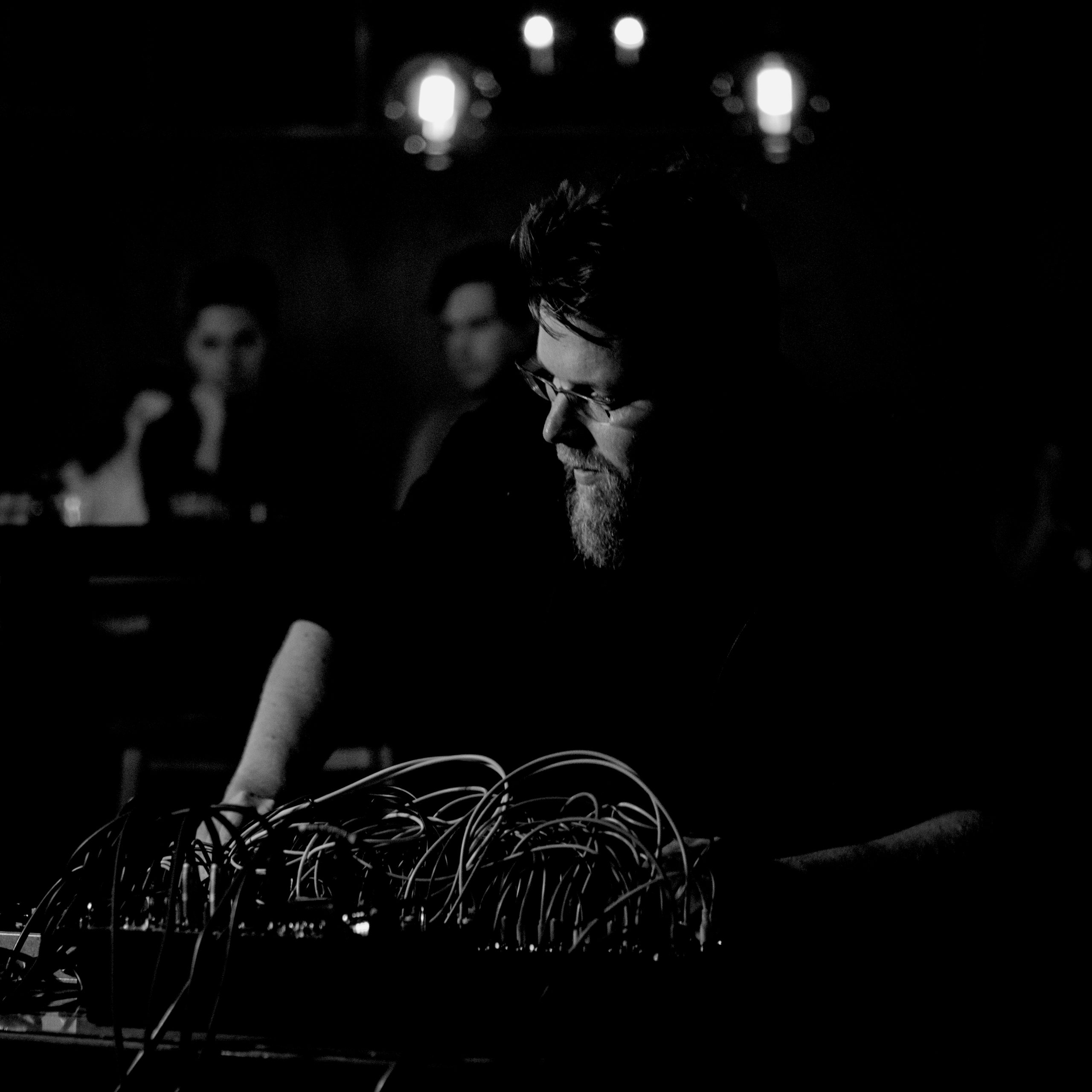 TAPAGE
Tapage (Tijs Ham ’81) is a sound artist and researcher, currently based in Bergen, Norway. In his work, he explores the complex and intricate sonic behaviors of chaotic processes, embracing the unstable and unpredictable nature of that pursuit. As part of this practice, Tapage develops and builds his own electronic instruments, based on cybernetic feedback loops, on which he performs within often audiovisual contexts. Tapage has been releasing music for more than a decade on labels such as Moving Furniture Records (STATES, featuring Gareth Davis – 2019), Point Source Electronic Arts (Recover – 2020) with an upcoming E.P. containing new works for cybernetic electronics and cello drones, expected to be released on vinyl early 2022 on Ant-Zen.

ROMAN HIELE & JOACHIM BADENHORST
The improvisations of Belgian clarinettist and saxophonist Joachim Badenhorst meet the distinctive electronic music of Roman Hiele with their first collaborative performance as a duo. Badenhorst has established himself as a key figure in contemporary European jazz, by founding the KLEIN label and performing notable solo and collaborative projects. He has previously worked with producer Hiele (who has a new record coming out on STROOM).

YB3l
Yb3l is an Amsterdam based multidisciplinary artist who’s exploring the fields of electronic music. Alongside her own projects she is co-running Sann Odea, a small independent record label set up as a creative platform for new artists which will be hosting its first club event in Borisov [Amsterdam] next month. In her upcoming productions, she combines experimental breaks with ambient textures and heartfelt synths, with a debut track coming out soon on Traumgarten. Her DJ sets range from breakbeats and pumping techno to eastern-influenced club, organic rhythms and experimental brain melters, often accompanied by field recordings or spoken word to reflect a certain theme.