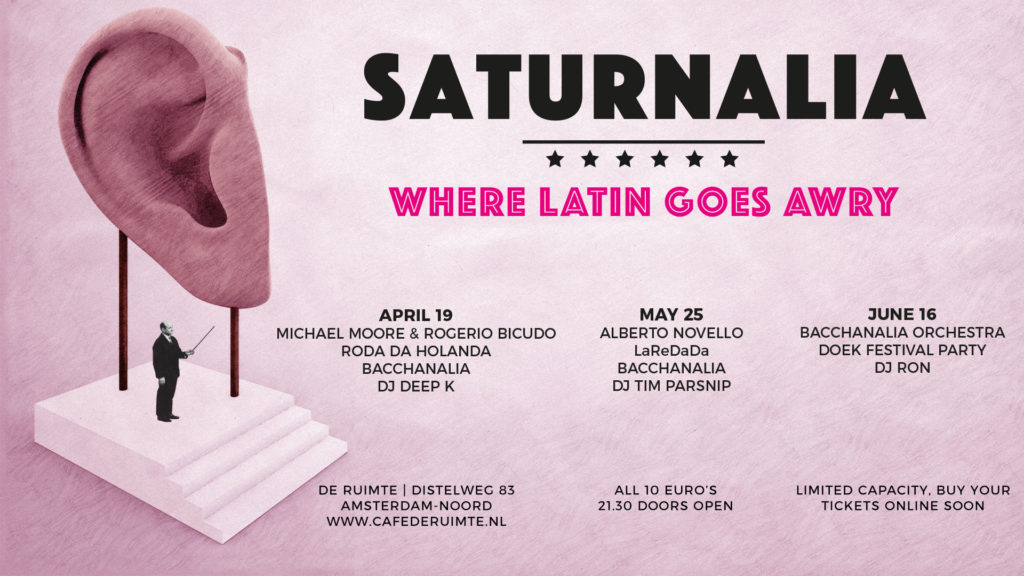 MICHAEL MOORE / ROGERIO BICUDO
Rogerio Bicudo and Michael Moore, two very experienced musicians with different musical backgrounds, share a common feeling for the warmth, emotion and swinging rhythmic richness of the Brazilian musical tradition. Bicudo and Moore both take a very rich own musical biography, they play a varied repertoire with own work, jazz classics, Brazilian and South African themes, in a surprising variety of lyric moments, merry moods, compelling rhythms. This extraordinary duo complement each other, but also leaves enough space on which every theme to surprise and amaze the listener.

RODA DA HOLANDA
When we started with Roda da Holanda 3 years ago, we would never have dreamed of what it is today: an irresistible party with the best Brazilian live music and a great enthusiastic audience that continues to grow. In our eyes, something unique within the Netherlands. What started as a couple of musicians who sat down at a table has now become a monthly event in Amsterdam, and the roof goes off every time …
Roda da Holanda represents an evening that revolves around live music, dancing and making a connection with the music and each other. What does that look like? The musicians are seated around a table and you as a listener stand around the table among countless other people who have come to the uplifting rhythms and melancholic sounds of the samba. In the midst of all those people who dance, laugh, sing and clap, there is only one thing to do: participate. This is how you stand in the music.

BACCHANALIA
Sometimes the most foolish combinations are excellent. A golden cocktail: repeating cumbia rhythms like
basis for explosive jazz strapping. The six-headed Bacchanalia, led by Uruguayan bass player Miguel
Petruccelli, made concert halls, cafés, stages and tents sweat and explode. It is the mesmerizing Spanish
African rhythms and the roughly exploding lashes of saxophone, guitar and percussion that make up the entire band sound
like a fire-breathing monster. Natalio Sued will replace John Dikeman for this edition.

The first edition of three Saturnalias coming up this spring:
April 19th
May 25th
June 16

Saturnalia was an ancient Roman festival in honour of the god Saturn. The holiday was celebrated with a sacrifice at the Temple of Saturn, and a public banquet, followed by private gift-giving, continual partying, and a carnival atmosphere that overturned Roman social norms: gambling was permitted, and masters provided table service for their slaves. A common custom was the election of a “King of the Saturnalia”, who would give orders to people and preside over the merrymaking. The poet Catullus called it “the best of days”.

This series was made possible with help by the Amsterdams Fonds voor de Kunst.