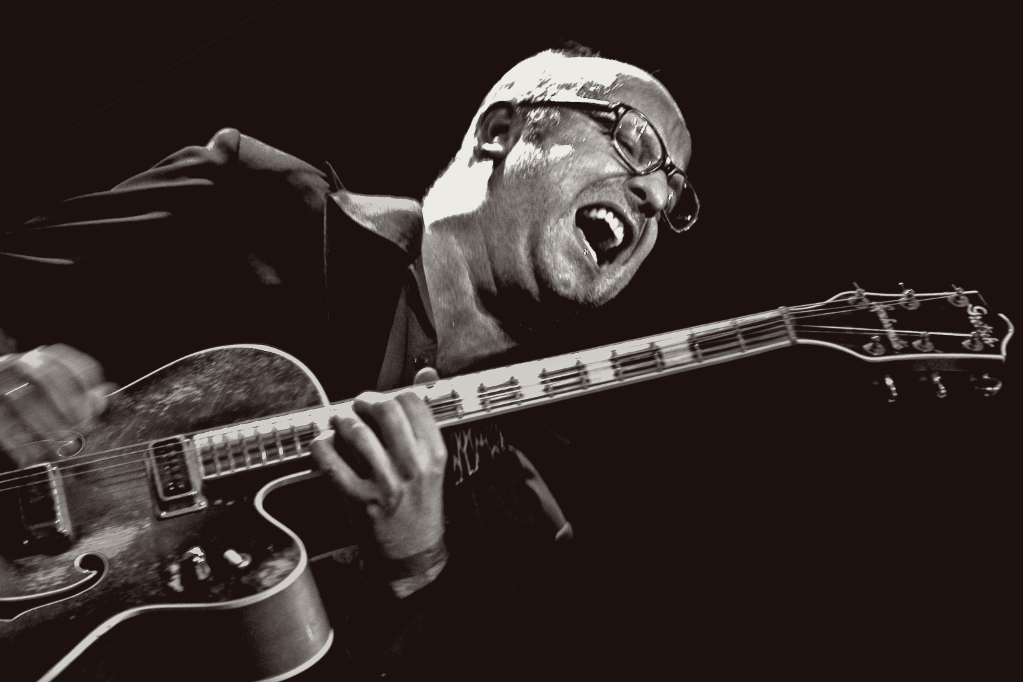 Full house today with musicians from the international Amsterdam scene in diverse stages of their professional life, ranging from Anton Goudsmit captivating his audience already for quite some years to Omer Govreen and Aleksander Sever with their debut album. Bassist Dion Nijland will perform solo.

GOVREEN/SEVER
Omer Govreen (double bass) and Aleksander Sever (vibraphone) have joined forces in recording their debut album with Floris Kappeyne (piano) and Wouter Kühne (drums). Focus, patience , trust and love inspire the music. When performing the quartet invites the audience to join them in their quest to find peace in the hardships of life.

ANTON GOUDSMIT TON PETIT+
Amsterdam based guitarist Anton Goudsmit is a whirlwind of creativity, able to captivate the listener with his stunning guitar playing and lively personality. Every Anton concert is a true happening. For the audience, for his band members, and especially for himself.
Tonight Goudsmit presents new own material from the album ‘Ton Petit’, released in 2021, with the American top bassist Sean Fasciani, and coming man Tim Hennekes on drums, added by the lyrical reed player Mete Erker and the inventive trombonist/lap steel guitarist Joost Buis!

DION NIJLAND
Dion Nijland (1970) studied double bass at ArtEZ Conservatory Arnhem and the Sweelinck Conservatory in Amsterdam. He is a member of several groups that operate in the field of jazz, improvised and contemporary music such as DEON, HOT (Het Orgel Trio), City Maps, Colen, INDRA and Vanbinsbergen Playstation. As a teacher Dion has been coaching and conducting jazz groups and giving workshops in several cities in The Netherlands for more than 20 years. Dion’s playing is characterized by groovy bass lines and adventurous improvisation.