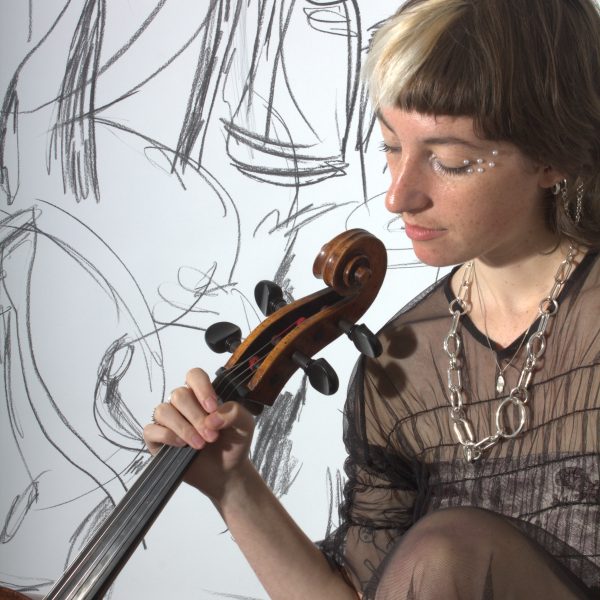 Doors 20:00, Music 20:30. Tickets 8-20 (Sliding Scale. If you’re on a tight budget, please don’t hesitate to contact us via info@cafederuimte.nl to see what we can do regarding the entrance fee.)

SPACE IMPRO SPECIAL: A NEW GENERATION.
A special edition to focus on the new, fresh rising stars on the exciting jazz and adventurous music firmament!

TUMULT
Sitting somewhere between a modern jazz band and a post-rock act, Tumult is a new international quintet put together by bassist Matteo Mazzù. It features some of Amsterdam’s upcoming creative musicians, and is fueled by the desire of finding a unique and personal sound by combining elements of the musicians’ vast sources of inspiration.
Aiming to blur any stylistic line, Tumult’s music combines daring melodies with floating atmospheric landscapes and dual-guitar attacks. As they weave in and out of written material, the band members navigate through musical and emotional landscapes without ever compromising the improvisational heart of their work, creating performances which are sure to captivate the adventurous listener.

AREIA
Through the chamber jazz-like setting of Areia, a warm and intimate sound arises. Intricate and colorful compositions that flow from soothing textures to playful melodies bring the listener along a magical musical journey. Jazz, classical music, free improvisation and different kinds of folk music all meet together to give the music of Areia its depth and expresion. In December 2021 Areia recorded their debut record which will be released soon. The record shows a warm, colorful and fragile sound of the band, throughout compositions that go on a journey through daring and exciting musical landscapes. A unique mix between improvisation and composition, based on researching Anthony Braxton, gives the music of Areia a beautiful form of sound story.

LAURENCE GAUDREAU
Laurence Gaudreau is a French-Canadian cellist currently based in the Netherlands. Her interests range from chamber music to opera, contemporary music and other musical genres such as electronic music, folk and hip hop. She is the cellist of the Flare Quartet and is involved in multidisciplinary projects such as Her Soliloquy, a tango opera/theater performance which won the Grachten Festival pitch competition and the audience prize of Cafe Theater Festival. In the Netherlands, she has performed in festivals such as Cello Biennale, Gaudeamus, Grachten, Project Geestdrift (Karavaan), Le Guess Who? and Uncommon Ground. In all of her work, she aspires to a new approach that connects classical music to other musical scenes.