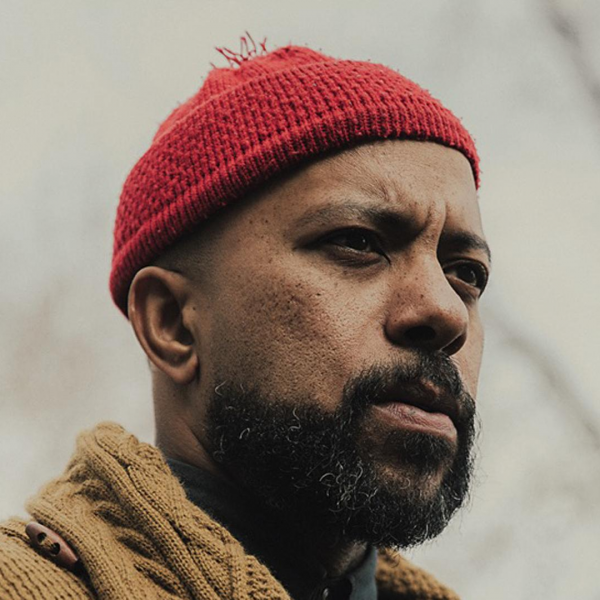 SPINIFEX SINGS
“Ambitious yet unpretentious, tight, catchy but also fearlessly exploratory and experimental.”
With its fearsomely explosive combination of musicians, Spinifex is all about compelling grooves, strong dynamics and challenging improvisations. Named after a tough Australian species of grass, Spinifex may at first sound like a combination of jazzcore, math-metal and other typically Western contemporary music. However, beneath the surface the listener will discover ancient cyclical rhythms of Turkish and Indian origin.
For their new project “Spinifex sings” vocalist Priya Purushothaman (from the US, based in Mumbai) and Icelandic singer Björk Nielsdottir were invited to join the group. They will be performing at De Ruimte!

Ben LaMar Gay is a composer, multi-instrumentalist, singer, poet, and patently eclectic polymath who Afropunk has called “strikingly original,” Pitchfork has called “uncategorizable,” and Jeff Parker has called “hands down, one of my favorite musicians on the planet today.” He channels a radical array of sound, color, and space through the universal language of folklore; but despite the widely attributed genius of his work, his artistic approach and general demeanor are characterized by an endearing humbleness and warm humanity.

Mike Reed is a musician, composer, bandleader, and arts presenter based in Chicago. Over the last two decades, he has emerged as a dominant force within the city’s diverse artistic community, both through the music he makes and the live events he produces. Reed also leads or co-leads several working bands and has been performing at De Ruimte several times over the past few years in diverse formations.

With his solo works, saxophonist and multi-instrumentalist Koen Boeijinga provides a glimpse of his daily practice and rituals. Surrounded by a colourful collection of instruments, including woodwinds, drums, percussions and self-made objects, he finds a limitless joy in the exploration of sound. His songs, often being repetitive and drone-based, serve as a medium to obtain a sense of total engagement and freedom. Enjoy a dynamic and immersive one-man tribe performance, celebrating global sounds and highlighting the beauty of simplicity.