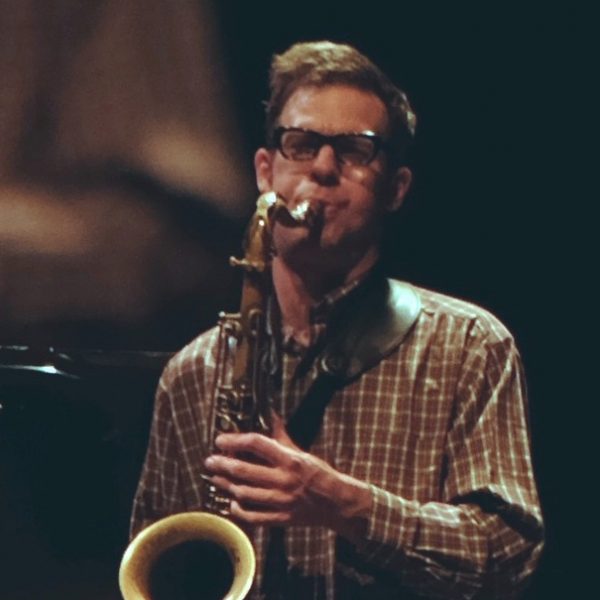 JOE MORRIS TRIO
Joe Morris, the self-tought American guitarist is coming to De Ruimte with his trio. Down Beat magazine called him “the preeminent free music guitarist of his generation.” Morris developed his own approach to playing & composing and performed with musicians like Matthew Shipp, William Parker, Joe Maneri, Joe McPhee, Evan Parker,  Nate Wooley, Jamie Saft  among others…

The trio is completed by guitarist / saxophonist Will Greene and the Belgian drummer Raf Vertessen, currently based in New York City. Both are also active members in the current US experimental and improv scene.

KEEFE JACKSON’S LIKELY SO
Keefe Jackson brings his renowned woodwind ensemble back to Amsterdam featuring some local favorites and visiting guests. The music is both a new direction and a continued undertaking of the great peregrination of the creative artists’ work: compositions and improvisations that do not interrupt or obscure the soothsaying of the individual musicians.

“…Too much importance is given the writer and not enough to his work. What difference does it make who he is and what he feels, since he’s merely a machine for transmission of ideas? In reality he doesn’t exist—he’s a cipher, a blank. A spy sent into life by the forces of death…” — Paul Bowles, letter to James Leo Herlihy

KEEFE JACKSON / OSCAR JAN HOOGLAND
Keefe Jackson and pianist Oscar Jan Hoogland will present their album “As these things happen”: ‘Radical beauty in a resetting of the boundaries of jazz. Next to originals from Hoogland and Jackson, pieces of Dewey Redman, Herbie Nichols, Thelonious Monk, Cor Fuhler, Misha Mengelberg and Duke Ellington get paired to different musical concepts, feedbacking the Amsterdam and Chicago approaches to jazz and improvisation in an ever forward moving conversation’.