CENE, TORBJÖRN & FRANK
This new international collaboration, spearheaded by Cene Resnik, stems from a shared fascination with the sublime through process of improvisation in music, and the deep questions that arise in that process. The three share a relationship to Buddhism, meditation and/or rigorous spiritual practice. Cene, Torbjorn and Frank see this collaboration as an opportunity to further explore acceptance, emptiness and deep intention behind each gesture. Can such an intention transmit through music? ya feel me?

Each member is busy with soul principles of music making, but from different sources. One of our hopes is to find glimpses of sublimity, and that these moments can be transmitted to the listener.

Afterwards there will be room for a Q&A with the filmmaker, Colombian food, and music by an artist TBA.

LAURA HUERTAS MILLÁN
Laura Huertas Millán (1983) is a French-based Colombian filmmaker and artist. Her work has been internationally screened in venues such as Centre Pompidou and the Guggenheim Museum (NY). She will visit The Netherlands for the IFFR (International Film Festival Rotterdam), but will make a special detour to bring you an unforgettable evening in De Ruimte.

Want a taste of space? For only €12,50, De Ruimte will prepare a vegetarian Colombian meal for you to enjoy. Please let us know in advance whether you plan on eating in.

GJERSTAD/UNTERNÄHRER/ROSALY
This new collaboration began as a conversation between Frode and Frank while on tour with Bobby Bradford and Ingebrigt Haker Flaten in the United States in 2014. Frode was curious about playing with a tuba player, and Frank quickly suggested Swiss Tubist, Marc Unternährer. Some years passed, but the band was already set in our minds.

After nearly 6 years of attempts, 2020 will mark the band’s first meetings, starting in Amsterdam in late January 2020:

OMELETTE PLAYS ORNETTE
Omelette is a repertoire band. They only play pieces by Ornette Coleman, a musician that needs no further introduction. They focus on his more obscure compositions, from the ’70s and ’80s, mainly from Ornette’s group Prime Time. But some of the standards might make an appearance.

Omelette treats the compositions as a starting point for their improvisations. In no way they try to recreate the music, this is definitely not a cover band. Ornette’s compositions work particularly well when they’re interpreted in new and wayward ways. 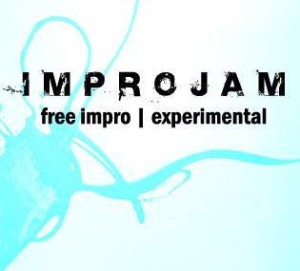 O.BA.O GOES STANDARD FEAT AB BAARS
O.BA.O is a tightly knit group, focused on improvisation. After more than 30 years playing together, Herbert de Jonge, Chiel Dhont en Hans Houtman have developed their own musical language, a natural synthesis of American jazz and European contemporary music. In O.BA.O, rhythmic and harmonic changes are a collective effort. There is no band leader, or a need of one.

Their music is characterized by its enormous flexibility. Dynamics, tension between tonality and atonality, rubato and polyrhythmics.

In 1996(!), O.BA.O and Ab Baars recorded an album together. This encounter led to a number of joint concerts, and now, after 24 years, to a small tour. This must lead to something special.

THE SELVA
The Selva is a free-improvisation unit featuring Lisbon based Ricardo Jacinto and Nuno Morão on cello and drums, and Rotterdam based Gonçalo Almeida on double-bass. Formed in 2016, their music explores the intersections between their member´s wide musical spectrums, proposing a synthesis based on a live narrative construction incorporating this multi-idiomatic approaches.Their debut album 2017 on Clean Feed has been followed by their most recent work Canicula Rosa (2019) under the same label.

FARIDA AMADOU
Farida Amadou (1989) is a self taught bass player based in Liège, Belgium. She started to play acoustic guitar by listening a lot of rock bands from the nineties and she plays the electric bass, her main instrument since 2011.In 2013, she has started to play a lot of different musical genres, including blues, jazz and hip-hop. The same year, she had a big interest in improvised music when she met L’Oeil Kollectif members and started to play with percussionist/drummer Tom Malmendier. Nystagmus duo was born in late 2014.

On this night, she will be joined on stage by members of the vibrant Amsterdam improv scene in different combinations, including Ada Rave, Joost Buis, Terrie Ex, and Onno Govaert.

GIUSEPPE CAMPISI GROUP
Acoustic and electric bass player, composer and arranger Giuseppe Campisi grew up in the countryside of Sicily. In a small town of farmers, he chose to pursue music: a journey that led him to the United States, Amsterdam and Barcelona and that continues to this day.

You can take a boy out of Sicily but you can’t take Sicily out of the boy. That is evident in the music of Giuseppe, which sparkles with Sicilian colors amidst other evident influences, ranging wide from jazz and free improvised music to rock and grunge from the late 90’s.
A deep work of research on his roots and on the music from his homeland has led him into re-purposing this material in a fresh and modern way.

On his journey, Giuseppe has proven himself as a composer of sizeable talent, acting as a catalyst for his environment. His band is a group of international musicians, and it is one of the many modern testaments to the fact that music has no borders.

IRIS
A Piano/Drums duo that explores the sonorities of musical states.

Iris aims at challenging the concepts of development and form suggesting a distinctive way of listening and experiencing the materiality of music.

The repertoire is based on musical images and descriptions, touching the soul of the spectator in a unique, meditative way.”

INTO THE WIND
Into the Wind explores the interplay of stillness and space with spirited wonder. A single note left ringing into silence, a gently struck chord hanging in the air, a fervent wail or a distant howl all arise out of patient concentration, inviting the listener to listen into each little sound. 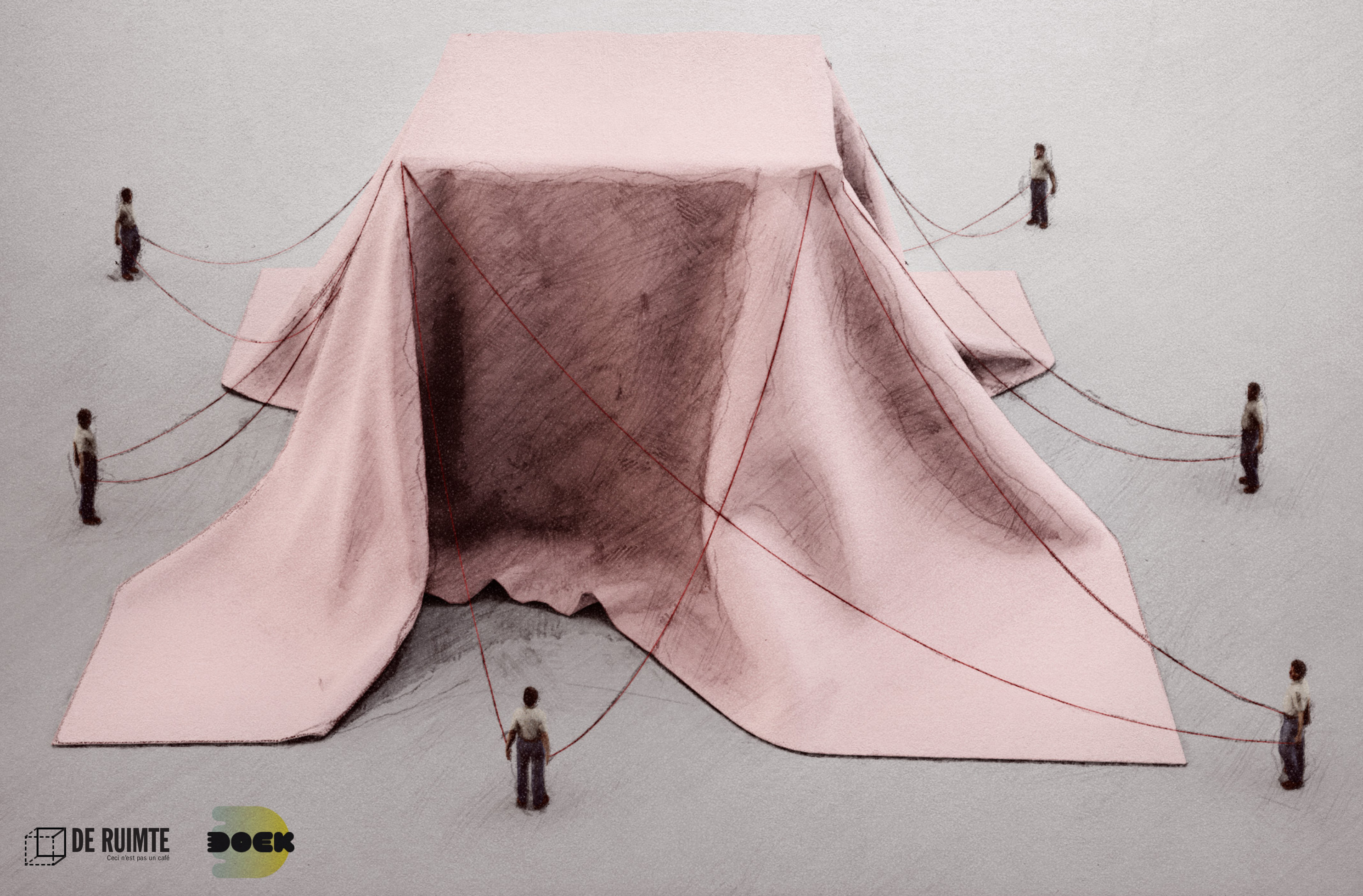 The second Friday of every month at De Ruimte is a two-stage rocket: from 21:00 to 23:00 dOeK and Space Is The Place present live music from the dOeK network. After that, the party-party starts with the wildest live music in town! 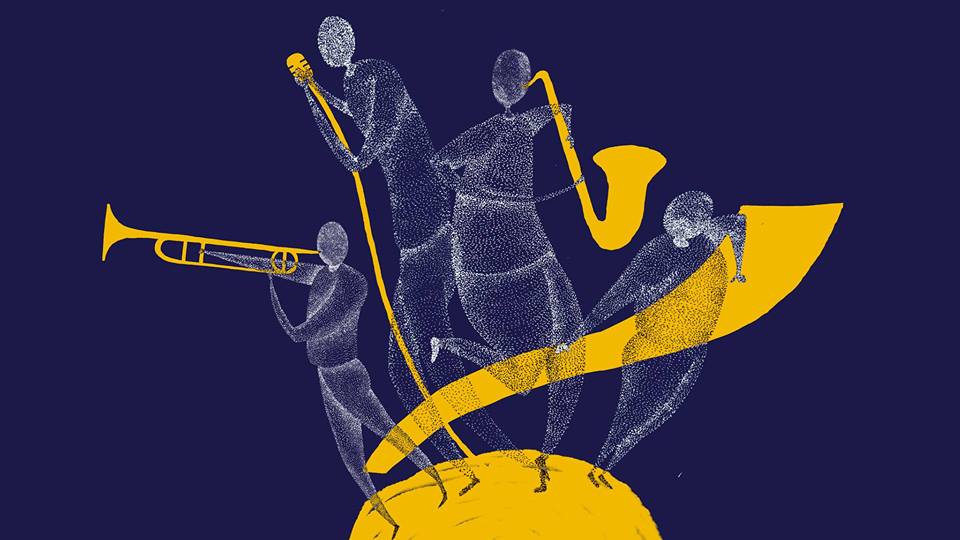